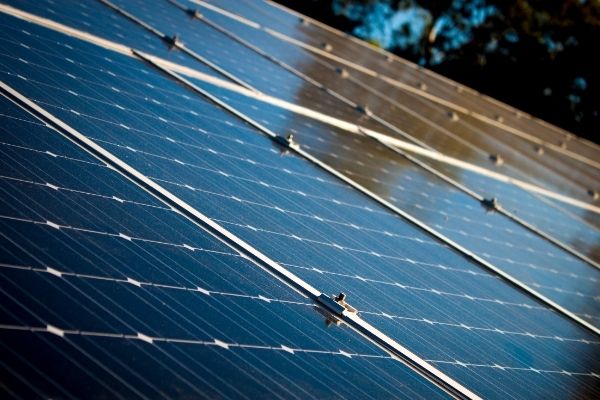 Home solar power systems are growing in popularity. But is it all hype? Should you get interested and jump on the bandwagon? Well, let’s make it easy for you to make an informed decision by giving you a quick overview.

Well, the sun generates about 173 terawatts of power. To put it in perspective, that’s more than ten thousand times the amount of power the entire world uses. Furthermore, it is renewable, the sun is constantly burning and bursting with energy, so you don’t have worry about depleting resources.Now let’s get into other specifics.

How do solar panels work?

A solar panel consists of small units that are called solar cells.These solar cells (also known as photovoltaic cells) are usually made of silicon (a semiconductor). Each of these cells has two layers: one positive and the other negative, arranged in a way that they create an electric field.

When a solar cell is exposed to sunlight, the electrons in the layers are “excited” and sort of jump off their places. And, thanks to the electric field created by the layers, these electrons are set in motion, creating electrical current.

The electricity generated is DC (Direct Current) while what you use in your home is AC (Alternating Current). So before it can be run from the panels to your microwave, it firs tis converted to AC by a special device known as an inverter to give you power in your home.

Each solar cell generates just about 0.5 volts but they are arranged in modules within a panel to generate much more power. To power your home, you’ll need an array of solar panels.

How much do solar installations cost?

The average cost of a solar panel installation in the US is $2.91 per watt after tax credits. But that’s a generalized average, note that the following factors will influence the exact cost to you.

ii. The manufacturer: Some brands cost much more than others. Brands that have been proven to make solar panels of higher efficiencies are also more expensive.

iii. DIY or using installer: An installer is generally able to buy in bulk since he has a relationship with a distributor and gets a lower cost per watt when compared to the average consumer.

While an installer can get a solar panel for around $0.75 per watt, the average consumer is more likely to spend around $1 per watt. But while you’d have to pay the installer, you get to save installation fees if you can pull off the installation yourself with a DIY kit.

What is on-grid and off-grid solar systems?

i. You’ll always have access to electricity even if your solar system isn’t producing or your battery bank isdown (Provided there’s no power outage on the grid).

ii. With net metering, the electricity company will pay you whenever you generate excess electricity and send it to the grid.

iv. You’ll still get an electricity bill even if you generate 100% of the power you use from your home solar system. This is primarily due to service/delivery fees.

How much do solar panels save you?

The lowest amount you can expect to save by installing a home solar system in the US is $47.20 per month or $15,219.38 over the course of 25 years after deducting your total cost of installation. This is the average for Seattle, Washington – a place notorious for its lack of sunny weather! It can get as high as $128.44 per month or $41,413.16 over 25 years if you live somewhere sunny like Los Angeles, California.

Do note that these figures are based on the following assumptions…

i. The homeowner paid fully in cash for the solar system and so enjoys the savings on utility.

ii. Cost of utility power has been adjusted for inflation at the rate of 3% per annum.

iii. Utility cost per state is based on the average of all plans from the most popular provider in a state.

iv. Solar production is based on optimal installation.

So, are solar panels worth it?

This depends on where you live. First, you have to ask yourself how many hours of sunshine you get in your locality on a typical day? How many cloudy days can you expect in a year? Then there’s the matter of the cost of electricity utility in your city.

Furthermore, what incentives are you eligible for in your location? There are things like net metering, state rebates, and the Federal Solar investment tax credit (ITC).

Are you able to pay for your installation cash? If not, how many years would you have to pay back the upfront cost of having a home solar installation? There are plenty of personal factors that only you can answer. But if solar is the right option for you, the sooner you install, the better!