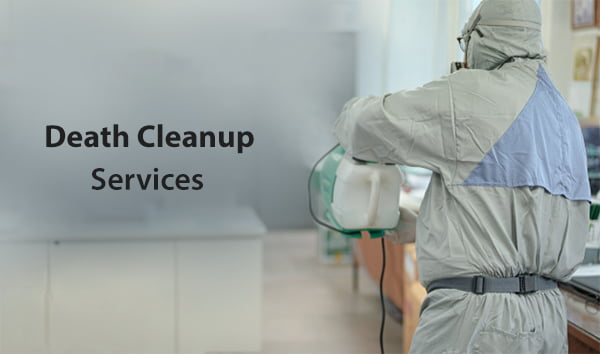 Death is never easy on anyone, especially not the bereaved. However, there’s a group of other people whom death isn’t particularly easy on as well. These are the people that work for the death cleanup service and while this may be their source of livelihood, loads of these cleaners become scarred for life primarily because of the psychological toll it leaves. Now, this piece is all about the risks that these untold superheroes face every day. Their zeal, thoroughness, and strength shouldn’t go unnoticed. Also, this piece aims to highlight the trade itself and its crucial nature.

Risks of the trade

Cleaners from the death cleanup service face many health and psychological risks on a daily basis. While you may refer to this as ‘their job’, you may also like to remember that being in the military is also ‘a job’ but the latter are glorified for their feats. Nevertheless, cleaners in this line of business have the following to look forward to as the day goes by:

Contamination is a major offset. These cleaners come in contact with diverse organisms and possibly deadly pathogens every day of their job. This is because their work is to thoroughly and meticulously clean, deodorize, disinfect and sanitize the vicinity in which an individual lost his/her life. Most of these scenes are splattered with the deceased’s genetic trace in the form of blood and other bodily fluids which may have traces of harmful pathogens embedded in them. Hence, cleaners in the death cleanup service are likely to pick up on these disease causing pathogens sooner or later.

There’s no need sugarcoating it. There’s a certain fear that comes into play when death is involved. Now, cleaning up after people is one thing, but cleaning up after corpses is a different ball game. A lot of these workers are terrified the first few days into their jobs. As a result of this, some of them quit after the initial experiences and some of those who stick around may develop psychological ailments like psychosis or insomnia. The death cleanup service isn’t for the faint hearted. These cleaners come face to face with a lot of incidents that could make a great horror movie on a daily basis. Some of the scenes they restore are the definition of gory, and they tackle it very meticulously.

While this job may seem scary or gruesome, it’s actually a decent way to earn a living. A cleaner in the death cleanup service walks away with about 30-50 thousand dollars per annum as well as health incentives that can extend to immediate family members.

The death cleanup service is a rollercoaster of hard work and emotions. Cleaners in this service are heroes without capes because as gory as the situation surrounding the death scene is, they still find a way to rectify it and make it habitable once more. Also, these death cleanup service workers enjoy compensations for their hard work in the form of health benefits and other incentives.